The United States Drug Enforcement Administration has compiled a guide to help the public, specifically parents, become educated in the methods drug dealers use to sell their goods.  Drug traffickers are using social media platforms such as Snapchat, Facebook, Twitter, Instagram and even YouTube to market their goods.  They will make a post or post a story (a post that expires after 24 hours).   After the post is seen, the drug buyer sends the seller a direct message to make a connection.  Posts are often removed soon after they sell their product.  The deals can be done by using an encrypted app to further their anonymity.  For kids it can be as easy as ordering a pizza to be delivered to your door, available to anyone with a smartphone.  Although this information is from the US, it’s applicable right here in Canada.

The DEA has created a document called “Emoji Drug Code / Decoded” identifying emojis universally used to represent certain drugs and fake prescription drugs.   The drug dealers / buyers use a sequence of emojis that symbolize the substance so that drug dealers can avoid digital detection.  The codes also help kids keep their habits from their unsuspecting parents.   They use regular emojis but have adopted new meanings for them.  For instance, a maple leaf is considered the universal icon for a large batch of drugs.  A rocket indicates the drug is particularly potent.    A pill emoji indicates Percocet, Adderall or Oxycodone, while heroin is shown as a snake or a brown heart and cocaine is a snowflake.  Meth is a diamond or blue heart; a bunch of grapes is cough syrup and marijuana is a palm or pine tree.  The DEA states that these emojis used alone are not indicative of drug behaviour but used in sequence with changed behaviour or appearance, a loss or gain in income, are worth a conversation.

Kids aren’t the only targets – it could be an elderly person looking for a painkiller.

The Feds are looking to get the word out as so many drugs are now laced with fentanyl and the overdose deaths are booming.  The DEA drug lab discovered that 4 out of 10 seized fentanyl-laced fake prescription drugs contained a lethal dose.  Many counterfeit pills are made to look like prescription opioids such as oxycodone (Oxycontin, Percocet), hydrocodone (Vicodin) and alprazolam (Xanax) or stimulants like amphetamines (Adderall).  For more information on the #OnePillCanKill campaign, click here. 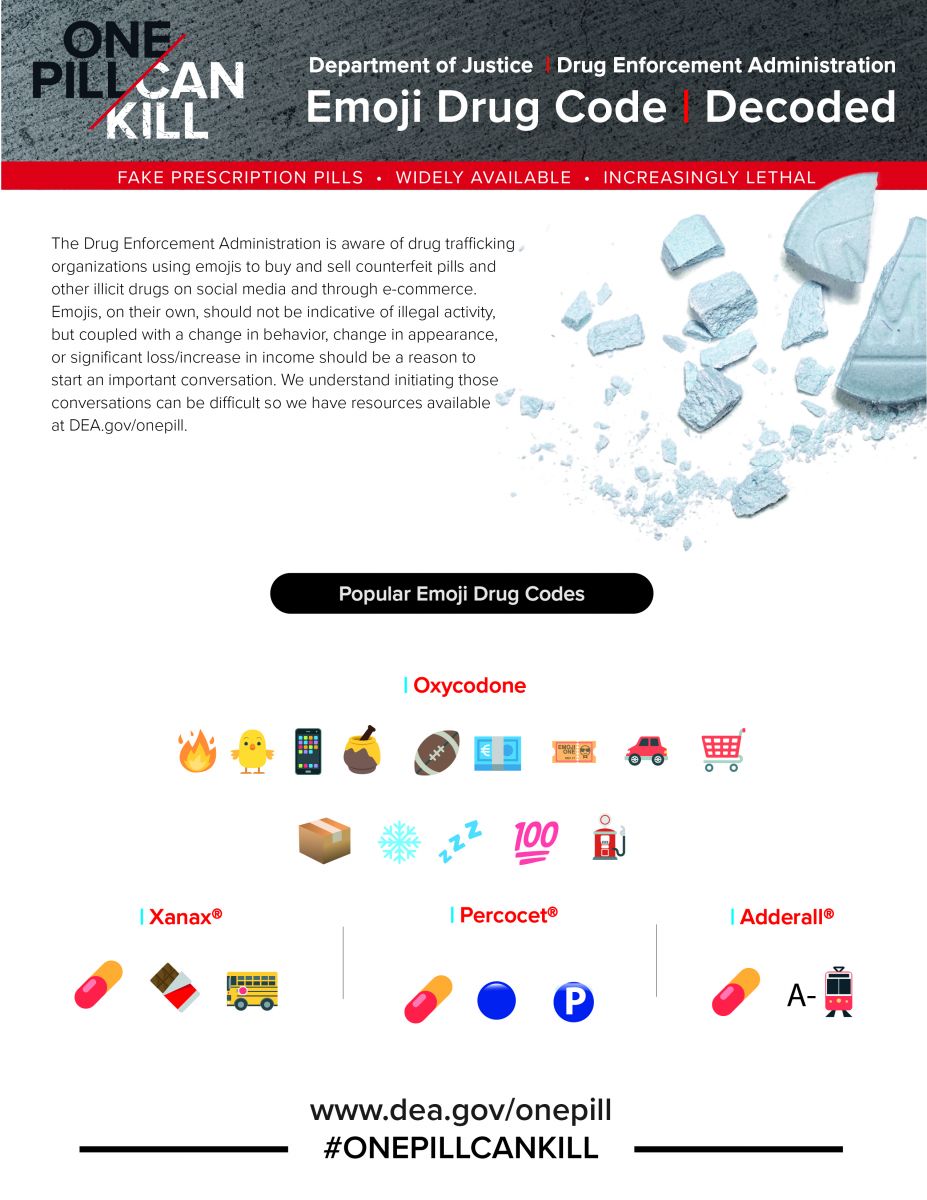 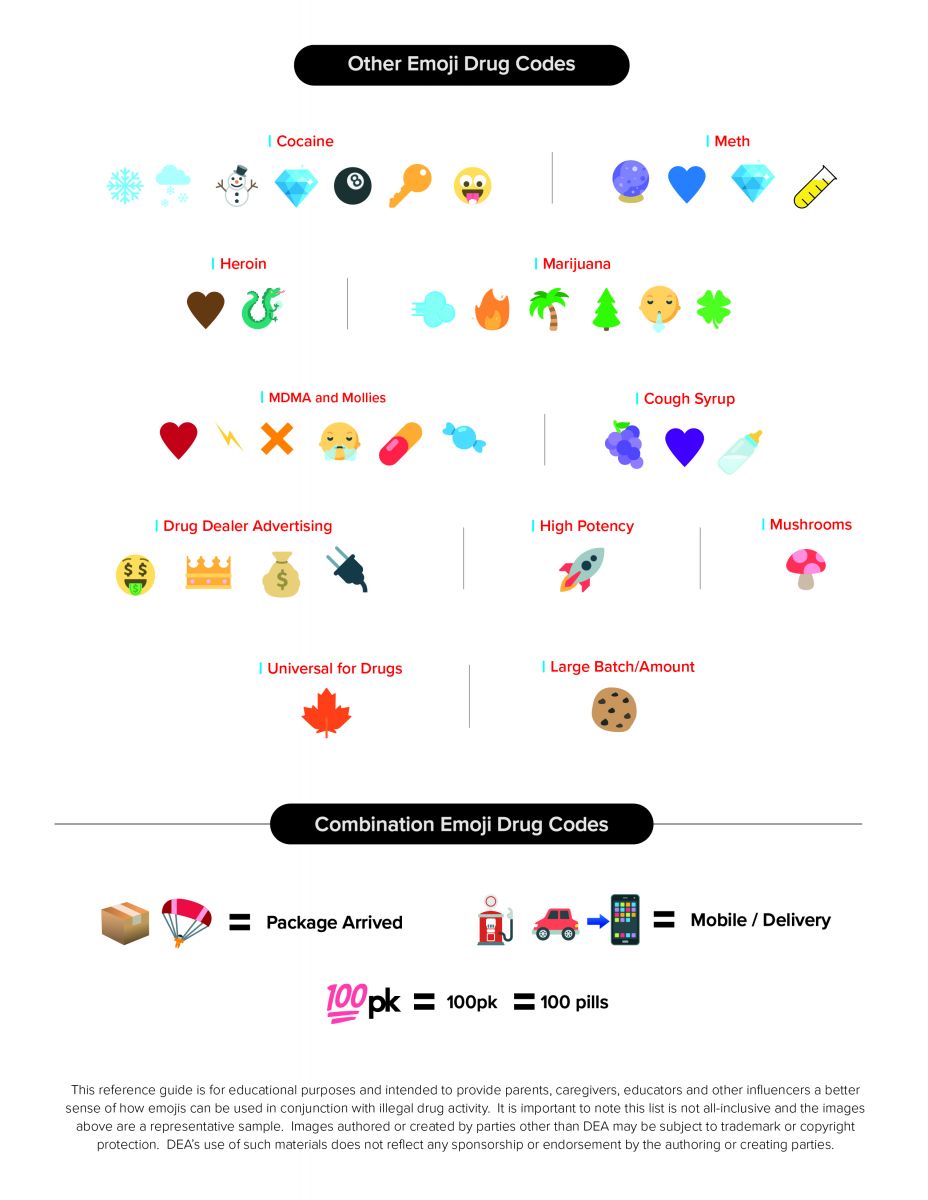