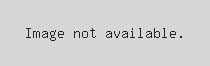 In this ever-growing world of bike thefts, please take a moment to see if you recognize any of these three bike thieves.   On July 24th a man reported that his bike had been stolen from the Chapman Parkade located on Lawrence Avenue between 10:00 a.m. and 5:00 p.m.  Video surveillance catches this man entering the parkade at 3:56 p.m., cutting the lock and departing on the bike within seconds.  The stolen bike is a 2016 silver and blue Norco Storm mountain bike with serial number 12NCX7B038.

On July 28th a man reported his black “Iron Horse” bicycle had been stolen from the Kelowna General Hospital bike racks.  Video surveillance shows a male and a female approach the bike racks, the male cuts the lock and the two leave the area.  The male then returns to the rack, takes the bike and rides south on Pandosy Street.