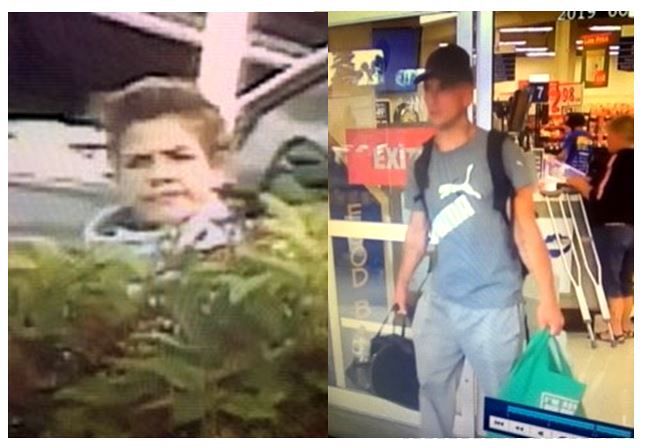 On June 27, 2019 at 3:30 p.m. a loss prevention officer at a grocery store located at the 2200 block of Baron Road called the police to report a male and female had attempted to steal $1000 worth of cosmetics. The employee recovered the bag of merchandise from the female outside of the store; however, she took off on foot with the male. The female suspect is described a Caucasian female, 5’5”, dark hair, wearing a grey sweatshirt, black pants and carrying a couple of bags.  The male is described as Caucasian, 5’9”, wearing a grey sweatshirt and carrying a backpack.