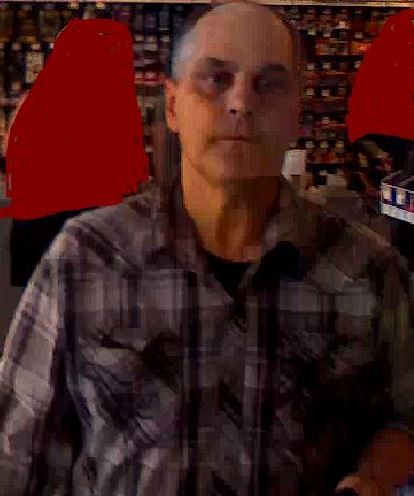 A local Lake Country store contacted RCMP when an employee reported a male who had allegedly concealed and failed to pay for almost $600 worth of fragrances.  The alleged theft happened just before noon on June 14th and the male left the store southbound on foot.  The male suspect is wearing jeans with a dark plaid shirt and is described as being a Caucasian in his mid-40’s.