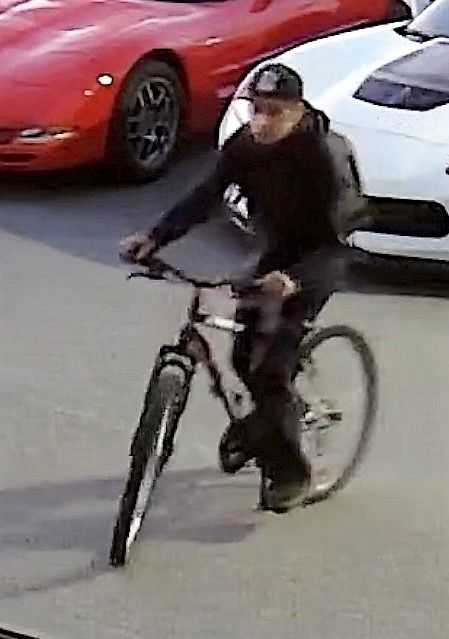 The owner of a car dealership located on McCurdy Place in Kelowna contacted police when a male on a bike was seen on surveillance video removing hood ornaments from high-end vehicles on July 22nd.  Approximately $6500 in damages was incurred on at least seven cars.  The Caucasian male in his mid 20’s to early 30’s, wearing black clothing and a black hat with a white logo, is captured on camera riding through the parking lot using a tool to remove the hood ornaments.