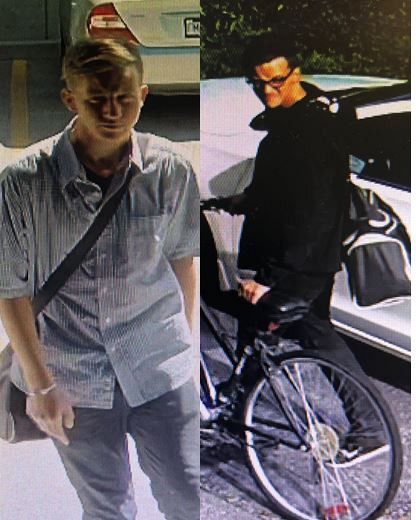 On July 27, 2019, the Urban Fare loss prevention officer reported to police that a male had taken off running after being confronted for allegedly stealing merchandise. Police confirmed that the same male was then involved in another theft at a nearby liquor store on August 12, 2019. The suspect is described as a Caucasian male, 5’9”, slender build with 4-inch long straight hair.  In the theft at Urban Fare, the suspect wore a grey shirt, blue or black jeans, Nike running shoes and was carrying a grey backpack. In the theft at the liquor store, the suspect changed his look and had died his hair darker, wore eyeglasses and changed his style of dress.  In both thefts the suspect placed his bicycle and bag in the same spot outside by the dumpster.