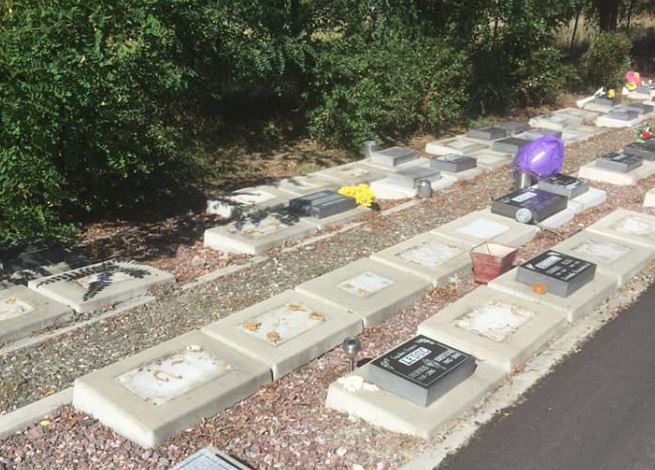 Fifty-five bronze tombstones were removed and stolen from the West Kelowna cemetery on Elliot Road in the early hours of September 15, 2019.  Two additional reports were received from cemeteries in Lake Country and Kelowna.  Local recyclers were contacted regarding the theft, but no leads were to be had.   Police received several tips that led to the recovery of many of the plaques on September 25th.  Some of the bronze squares were found with names removed, ready to be recycled.  The investigation is very much ongoing; if you have information please report it to RCMP or anonymously to Central Okanagan Crime Stoppers.