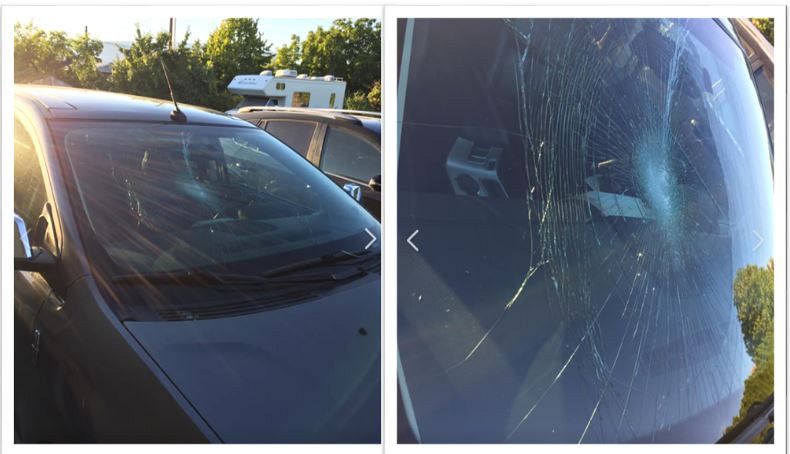 Several reports of mischief occurring in the early morning hours were reported on September 21, 2019.  Windshields were smashed but it appears nothing was stolen, indicating the motive was purely vandalism.  The damage occurred to vehicles parked along Sunset Drive and Manhatten Drive (near 1088 Sunset Drive).  At least ten vehicles were affected with front windshields broken by a single point of impact.  Two of the vehicles lost their side view mirrors.  If you have any information of this senseless crime or happen to have video surveillance of the acts please contact Kelowna RCMP or Crime Stoppers.