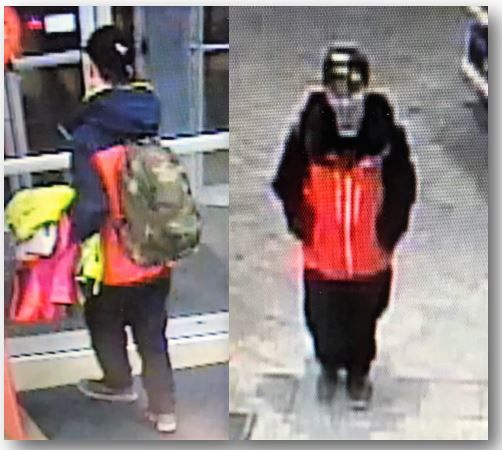 Kelowna RCMP were called on Friday, November 22, 2019 just after 8:00 p.m. by a witness to a bear spray incident.   The victim was one of three Sport Check employees who had followed a shoplifter out of the Orchard Park Mall store to Cooper Road.  The suspect sprayed the employee three times before fleeing across Springfield Road through the Mission Creek Alliance Church property.  The suspect, described as a male wearing a red and navy jacket, black pants, a camo backpack and a black ball cap, had reportedly stolen four jackets from the store.