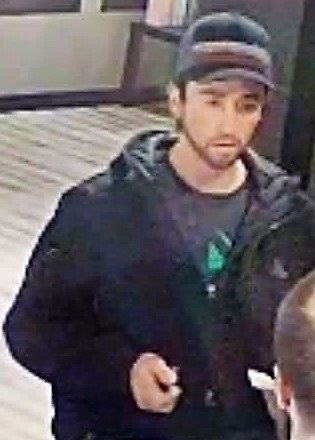 A recipient of a counterfeit bill attended the front counter at Lake Country RCMP Detachment on November 7th to turn in the fake bill.  The American $100 bill was passed at a business in Turtle Bay Crossing located on Oceola Road that day.  RCMP remind anyone working in the retail sector to be especially vigilant when dealing with larger denomination bills, particularly from the U.S.  The male in the photo is the person of interest who allegedly passed the bill.