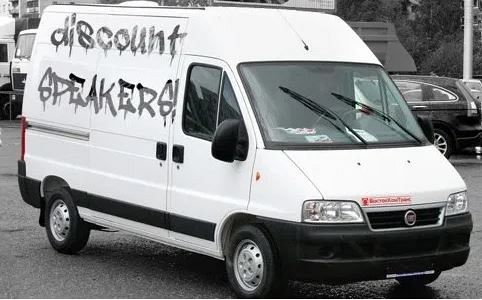 The “white van electronics scam” is alive and well in Lake Country.  Lake Country RCMP received a report of two suspicious men driving a white Dodge minivan with Alberta plates trying to unload a cheap home theatre system on December 11, 2019.  The men approached the complainant in a retail parking lot on Highway 97 in Lake Country, stating that their boss had overstock and had asked them to sell the items.  The men even went as far as to produce a crumpled invoice for the system, which was in a plain white box labelled Home Theatre System but with no brand name or logo.   The complainant challenged the men who quickly drove northbound toward Vernon.  Often the merchandise fraudsters are trying to unload are inexpensive low quality products or faulty returns.  If it seems too good to be true, it usually is!