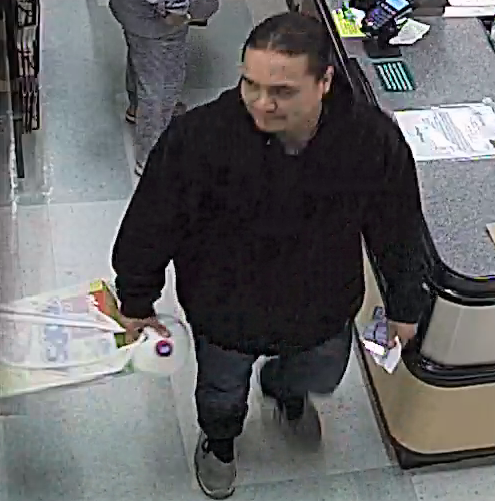 A man was able to use a fake Canadian $100 bill twice within a couple of hours on December 15, 2019, at a West Kelowna grocery store.  Staff from the store contacted West Kelowna RCMP once they realized the fraud occurred.  The male is described as indigenous, in his  late 20’s to early 30’s with long hair in a ponytail.  He left in an older model brown or dirty silver Plymouth Voyager van.   If you can identify this alleged fraudster, please contact Crime Stoppers or West Kelowna RCMP.