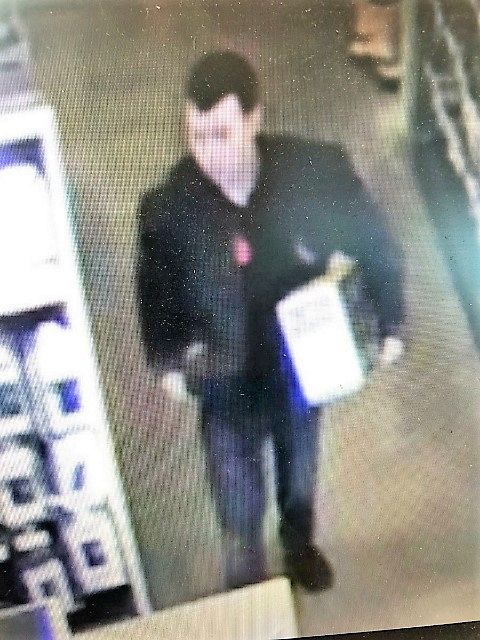 Staff from Best Buy called police just after 11:00 a.m. on January 8th when a man pulled a knife on the store manager while attempting to stop him from exiting the store with unpaid merchandise.  The suspect, described as a “clean cut” dark-haired Caucasian male in his mid 30’s, flashed a large red-handled knife at the manager and another employee when they confronted him for a payment receipt for the $1000 Dyson V11 Absolute Pro Cordless Stick vacuum.  He left the store and was seen on mall cameras heading west on a black bicycle with a yellow or blue trailer attachment with the vacuum stashed inside.