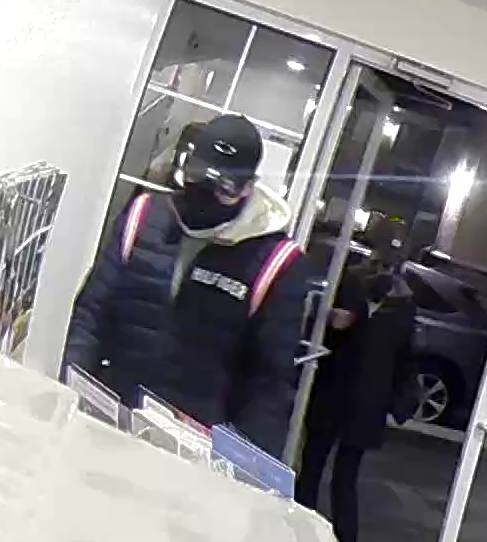 Unsolved: BREAK AND ENTER TO MOTEL

The owner of a Lake Country motel called RCMP at 6:00 a.m. on December 24, 2019 when he heard noises coming from the office area of the motel lobby.  Upon investigation, he caught a male in the office carrying a pry bar.  After a brief altercation, the male fled with only a gift bag and some keys.  Video surveillance shows the male was accompanied by a (believed to be) female, who waited outside the front door.  The male was approximately 6’0 tall, wearing a black “Hilfiger” coat with red/white stripes on the shoulder, a black Oakley baseball cap, black shoes, black gloves and a black face cover.  The blonde female was wearing a long black coat, black baseball cap, black pants, black face cover and black/pink/white running shoes.