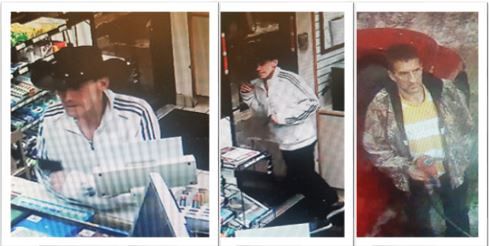 Lake Country RCMP received a report of a counterfeit bill being passed at a local gas station on January 11, 2020 at approximately 7:00 a.m.   Two men pulled up to the gas pumps in a small red hatchback.  One of the men prepaid for a small amount of gasoline with a Canadian $50 bill and received change.  Soon after, the clerk realized the bill was a fake.  The male is described as being skinny, approximately 5’7” tall, 45 to 50 years of age and wearing a cowboy hat.