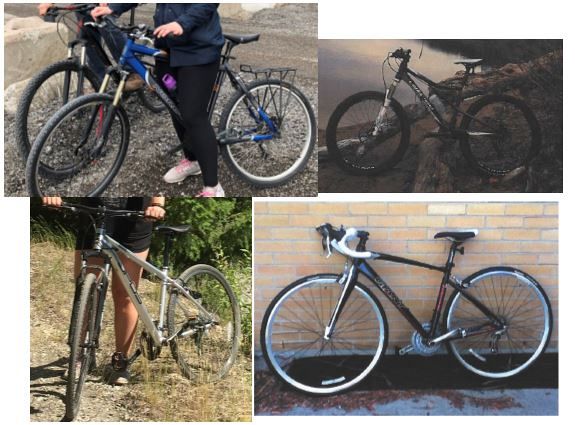 Two residences of Deldor Road (off Bottom Wood Lake Road) in Lake Country had bikes stolen from their backyards on March 11, 2020. Two bikes stolen from the first home had locks cut.  One bike was a men’s gray and black 21-speed McKinley mountain bike and the other was a black and orange CCM men’s 21 speed.

Three doors down, five bicycles were taken from the backside of a detached garage when the suspects cut a new wire fence and moved the bikes through to an open field backing the property.   Bikes stolen from this residence include:

An older style green Ford or Dodge pick-up was noted in the area with two unknown men who may be involved.