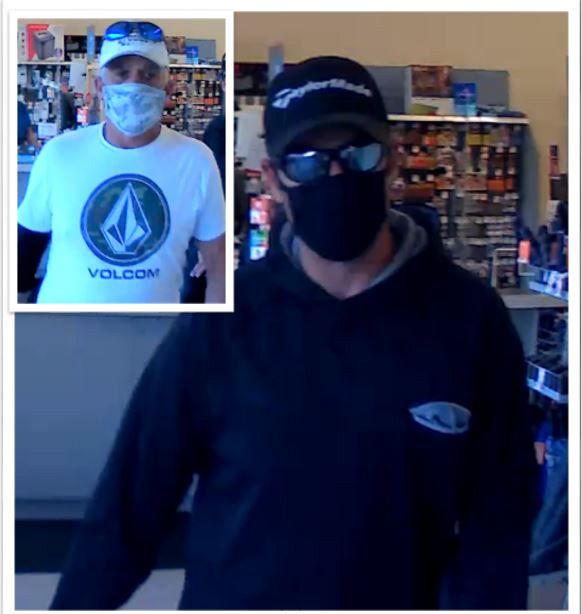 Lake Country RCMP members are investigating two incidents of shoplifting occurring at the same retail store located on Main Street in Lake Country.  The first incident took place on May 14, 2021 between 8:00 a.m. and 9:00 a.m. where the suspect, a Caucasian male wearing a black “TaylorMade” hat, black hoodie, black mask, white sneakers and black sunglasses, entered the store and left with a basket of perfume without stopping to pay.  One week later, at almost the same time, he returned and filled up another basked with thousands of dollars of perfume before exiting.  The male was wearing the same clothing, however wore white sunglasses the second visit.  RCMP would also like to speak to an older male who appeared to accompany the person of interest on both occasions (shown in the upper left hand corner of the photo).