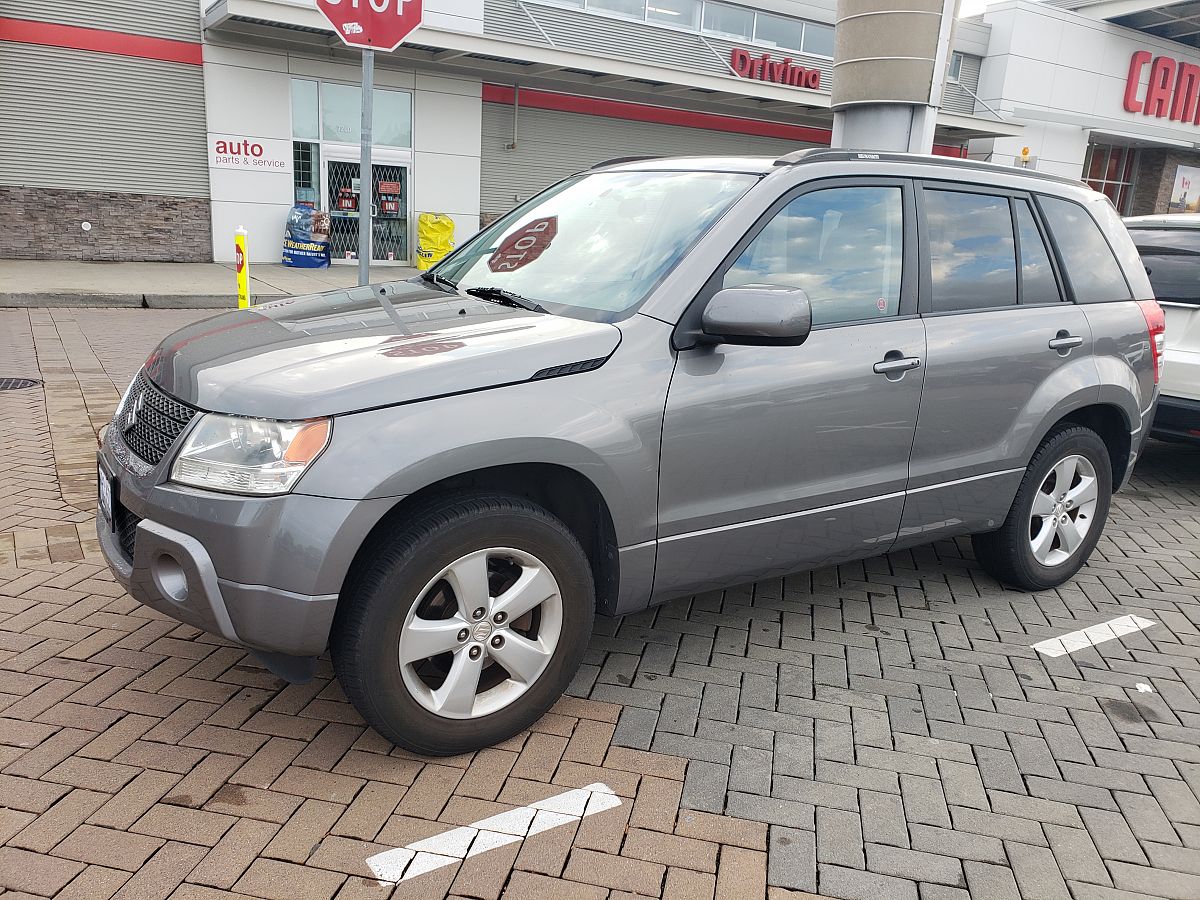 The owner of a Suzuki Grand Vitara called in to Kelowna RCMP on September 28th when she realized her car had been stolen from a local automotive shop located on the 1700 block of Springfield Road.  The car had been waiting at the shop on ordered parts and was last seen on September 15th.  The auto shop had assumed she had taken it home while waiting for the parts and did not realize it was stolen.  The stolen SUV is a gun metal grey 2009 Suzuki Grand Vitara with VIN JS3TD047894101061 and BC plate number MR360D.  The vehicle was locked and keys are accounted for.  There is a scratch on the drive side back quarter panel above the wheel well.