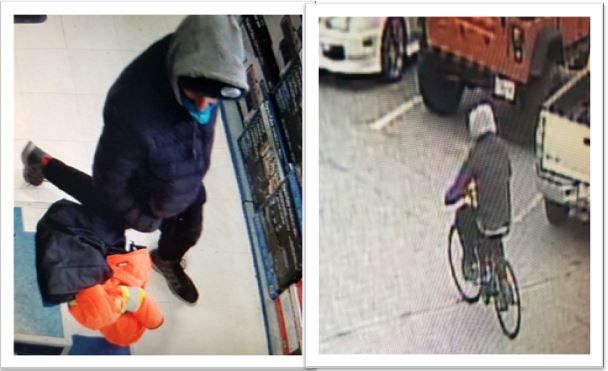 A male entered an automotive retailer on Spall Road on November 13th and attempted to steal a basket full of machetes.  The theft was prevented by staff.  He then asked staff if he could view two very real looking BB guns, which he again tried to leave the store with.  When staff tried to prevent him from departing, he pushed a female staff member, causing her harm.  He left on his bike with one of the guns riding toward Kirschner Road.  The thief is described as a Caucasian male in his early to mid-20’s, light brown or reddish hair, a fair complexion, long nose with narrow thin eyes and could have some facial hair.  He is tall and slender (over 6’) and was dirty with scarred hands.